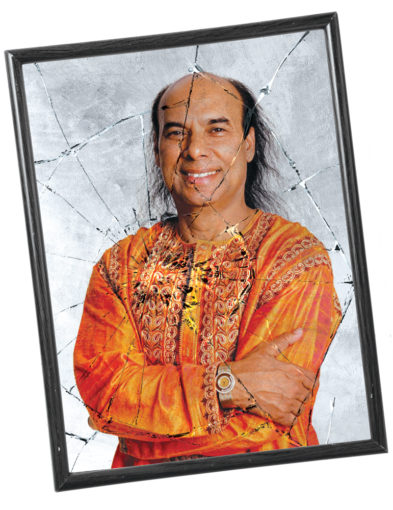 That Bikram Choudhury became massively successful after moving to America in the 1970s, touting a fresh take on an Eastern wellness practice, is not hard to believe. It’s a pattern followed by gurus of many kinds, especially in the ’60s and ’70s, when it seemed like everyone was looking for a charismatic leader to show them a “new way.” A fitness craze — in this case, a 90-minute yoga class consisting of 26 postures and two breathing exercises in a heated studio — can easily become a deeply personal, spiritual practice for those who find their lives changed by it.

Unfortunately, it’s also unsurprising that a figure of Choudhury’s status, with plenty of mystique, wealth and devotees, abused his power. Two years of #MeToo revelations have seen dozens of influential men revealed as sexual harassers and abusers, and Choudhury fits the profile.

But in 2013, when two women filed lawsuits against Choudhury alleging sexual battery, rape and discrimination, among other charges, it shook the yoga community. Bikram was a hero, his name and “dialogue” the foundation of thousands of instructors’ livelihoods. Most had seen or heard stories of him berating students over their gender, body type, race or sexual orientation, but that was all in the name of motivation, they said. He wasn’t a soft-voiced meditation leader — he was a tough, black-Speedo-clad fitness coach.

“Bikram has a very large and dominant personality. His class was always really hot and hard,” said Megan Wheeler of Johnston, Iowa, who completed the nine-week Bikram teacher training in Hawaii in 2007, along with about 300 others. She met Choudhury, and attended classes led by him. “Sometimes he would just talk and talk and talk and the class would go two hours or more. He would pick on people in the classes, too. Call someone out, not always in a nice way. He was definitely not worried about being nice.”

Choudhury claims to have been the student of yoga master Bishnu Charan Ghosh, earning numerous national yoga and weightlifting awards in India. He developed his signature 26 postures, and took his program to Japan and, finally, California, where he attracted celebrity students including Shirley MacLaine, Quincy Jones, Candice Bergen and Raquel Welch. The heated studio was meant to reflect the heat of Kolkata (formerly known as Calcutta), where Choudhury grew up. (Luckily, an electrician took up Bikram yoga in 1999 and helped its teachers adapt their studios to handle temperatures up to 108 degrees.)

“He was harder on the trainees than he would be in his public classes,” Wheeler said. “I didn’t really take his comments personally and so I enjoyed his class because it was so different and crazy sometimes.”

I have seen so many people’s lives changed and improved because of this yoga, including my own. It is absolutely worth saving.
–Megan Wheeler

Most of the students at his $10,000 training courses were young women. He often called a few up to the front of the room — or his hotel room — to massage his feet or brush his hair. Several former students said he would find a way to get them alone in a room, then touch them without consent and/or coerce them into sexual acts.

“I think when I heard rumors about Bikram there was a mix of not being surprised because I knew what he was like, and also not wanting to believe it because he was someone I respected at that time,” Wheeler said. “I don’t know what the senior members of the community knew or didn’t know, I didn’t hear any first-hand accounts. I’m sure like all abusers he had enablers.”

Bikram yoga is still alive and well, as is its founder, dodging arrest warrants and pending court cases abroad. His wealth has been depleted — he also faces multiple charges for fraud and mismanagement — but he’s still leading teacher trainings overseas, his photos and dubious backstory still featured in a gushing “Meet the Founder” page on bikramyoga.com. Though he once kept a close eye on Bikram instructors to ensure they followed his standards to a T, his former students are now free to make the style their own.

“Lots of teachers didn’t know how to proceed, they didn’t know if they could or should continue to teach. People felt, rightfully, betrayed and upset. Now most Bikram studios have dropped his name and have started offering other kinds of yoga and exercise,” Wheeler said. “There are other trainings now. It is a completely different community.”

Wheeler stopped teaching Bikram yoga in 2013, but not because of Choudhury — she wanted to focus on parenting, and has since moved on to other styles, including Baptiste yoga. Even though she’s lost respect for Choudhury, she doesn’t see Bikram yoga as doomed.

“Of course you can separate Bikram Choudhury from the yoga,” she said. “Most people who practice his yoga aren’t even aware of who he is. I have seen so many people’s lives changed and improved because of this yoga, including my own. It is absolutely worth saving. Bikram did some horrible things and he should be held accountable for that, but I do think his yoga will live on.”

If you or someone you know has been affected by sexual assault, you can find support by calling the National Sexual Assault Hotline at 800-656-HOPE, or visiting online.rainn.org.